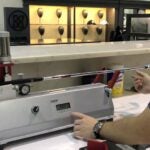 Welcome to the 30-Day Challenge sponsored by Medterra, where one GOLF.com staffer leaves no stone unturned in the pursuit of a simple goal — breaking 90 — with the hopes of helping you do the same. This is the third in a seven-part series detailing his no-holds-barred journey to the 80s — all in just one month. You can read part 1 about the program he’s using to get better here and part 2 (a swing fix from his front lawn) here.

Here are a few laws of the universe: If you feel sick, you go to the doctor. If you have a toothache, you go to the dentist. And if you work on the GOLF.com staff and have an equipment question, you go to Jonathan Wall and Andrew Tursky.

Wall and Tursky are GOLF’s equipment gurus — sharing more knowledge of gear, apparel, and the whereabouts of Tiger Woods’ equipment manufacturers than just about anyone this side of Carlsbad, Calif. Every year, Wall and Tursky handle GOLF’s ClubTest franchise, which rates every single club released by major manufacturers, from driver to putter. In short, they are not the people to argue with over the length of Bryson DeChambeau’s driver.

So when I reached out to Wall to ask about purchasing new clubs, I didn’t hesitate when he gave me the following advice:

“I’d strongly suggest getting fit by someone before plunking down your own cash. It’ll save you some headaches (and money) in the long run.”

The decision to invest in a new set of sticks came on the heels of a startling revelation from my virtual Skillest swing instructor Steve Giuliano. Giuliano was so alarmed by the length of the clubs I’d been using, he opened up our first lesson by asking whether I, a 23-year-old man, was still using junior clubs.

As badly as I’d wanted to laugh at Giuliano’s unintentionally blunt assessment, I knew the truth: it was high time to invest in my equipment the same way I’d begun investing in my swing.

At Wall’s recommendation, I set up an appointment for a full-bag fitting at True Spec Golf, the club-fitting retailer located on the first floor of GOLF’s Manhattan offices (and also owned by GOLF.com’s parent company, 8AM Golf). When I got to the door, I was greeted by master fitter Eric Sidewater, who walked me through the lobby to True Spec’s cavernous office space, replete with a half-dozen swing simulators and about as many club-and-shaft combinations as have ever existed in golf.

As I warmed up, Sidewater and I broke down the current state of my equipment and my game. I told him I figured I’d need longer clubs, and could use an update on just about everything in my bag. He watched a few of my swings, then took a look at my archaic 6-iron and laughed.

“Yeah, we’ll get you in something a little bit better for your game,” he chuckled.

Eric and I decided to start our fitting with irons on account of it being the portion of my bag that’d take the longest to work through. We started first by getting baseline numbers for my normal 6-iron — swing speed, 120 mph; spin, much too high at 5800 RPMs; carry, 169 yards.

But after about 15 minutes, it was clear there was a problem. Two weeks into my near-daily lesson work with Steve, I still couldn’t hit a proper shot. Every swing sent the ball careening right in an ugly, sideways duck hook.

“What exactly are you changing about your swing right now?” Eric asked.

I explained that Giuliano and I had gone through a series of small changes, but the largest difference was in my setup.

“I’d never try to change anything about your swing, but this problem is setup related,” he offered. “I think by fixing one setup issue, you’ve created another. You’re crowding the ball, so you can’t properly extend your arms on the swing.”

Eric instructed me to line up two balls further away from the ball than I had been. The results were immediate — a duck hook that quickly became a piercing, dead straight flight and exploded off the face. I burst into laughter; the dam had broken on the hours of work I’d put in with Steve, and my game finally resembled something that haD a prayer of breaking 90. Eric gave an audible sigh of relief.

“Dude, you’re flushing it,” he told me as we restarted the fitting. “The clubs I’m going to fit you for now are totally different than the ones I would have before. I’m so glad we figured that out.”

What was once a hook off the heel of the club had now become a slight miss off the low toe — a surefire sign that I’d need to add length to my clubs. After a few more swings, Eric outfitted me for the proper shafts (KBS Tour V stiff shafts that were originally outfitted for one Phil Mickelson, but with an inch added for my height), and clubhead (TaylorMade P790 irons). The comparison between my old clubs and new ones was not much of a comparison at all. I’d added 10 yards to my carry distance, lost 1,000 RPMs of spin, and cut my dispersion in half.

Once we’d figured out the irons, we continued through to the rest of my bag. A new Callaway Mavrik Subzero driver, a TaylorMade SIM Max fairway wood, and then a pair of Titleist Vokey Wedges would round out my new sticks. Everything felt a touch foreign, but what was that coursing through my veins as I swung my new sticks on the simulator? It surely wasn’t confidence, was it?

At the end of the fitting, I paid for the experience (and the New York City parking) as if I’d just hit the lotto. Forgetting for a moment the expertise that allowed me to add 10 yards (or more) to every club in my bag and provided me with my first comfortable wedge shot since middle school, my True Spec fitting had unlocked the key to weeks of inconsistency.

Now, I’m not advocating that a True Spec fitting will fix your swing the same way it did mine, but I am advocating for the people responsible for fitting you for clubs. They know what success on the course should look like, and they’re not afraid to tell you when you aren’t displaying it even if it costs them a sale. When it comes time to invest in a new set of sticks, every golfer deserves someone whose bottom line is in making you a better player. Like so many other things in life, when the intentions are good, the results often follow.

Admittedly, the hardest part of the fitting was leaving without my new clubs in hand, but it was a worthwhile tradeoff for the brand-new outlook. If I didn’t break 90 by the end of the 30-Day Challenge, I surely would once these bad boys rolled in.

Now, after a hundred-or-so swings, it was time for a CBD treatment and a beer. Things were about to take off.

Follow along with the rest of James’ 30-Day Challenge on GOLF’s social media channels (@GOLF_com) and on GOLF.com, where new articles will be posted every week through the end of October.

Medterra’s goal is to provide a safe and effective CBD you can trust by using a solvent-less CO2 extraction process to ensure the highest quality.

Each product we feature has been independently selected by
GOLF.com
’s editorial team. If you make a purchase using the links included, we may earn a small commission.